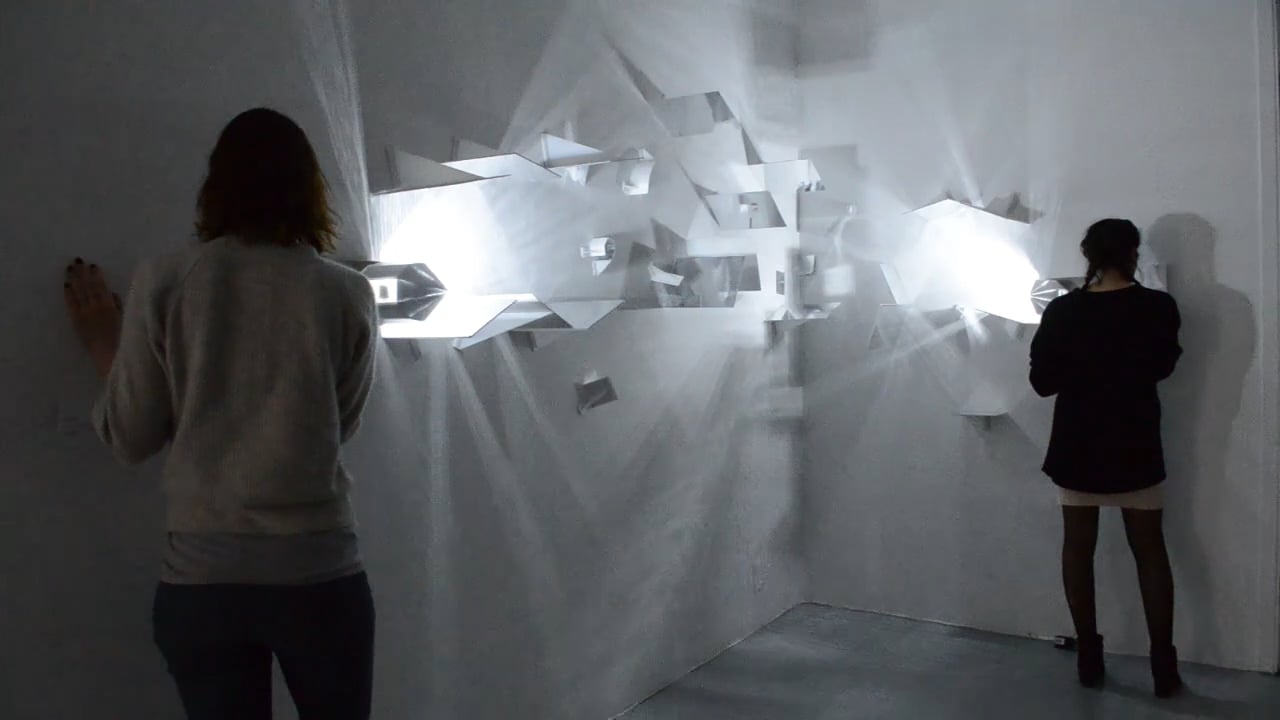 «This piece is composed of two light boxes with a click mechanisms place at the extremity, near each box, there are a morse code labels, and finally there is an assemblage of metallic mylar panels across the space, The sound of the machine are made to resemble a morse transmitter, each time you use the trigger, it make a “click” sound. The placement of the piece is can adapt to space. Each light source can travel through the reflective surface up to around 10 feet. In the documentation, is it place in a corner, but originally it was planned to be placed on the ground as a floor installation, where 2 participants to sit down and interact with each other.

My father grew up in morocco, from the countryside. When I was young, he taught me morse code. He grew up in a non morden area, where television, and higher quality electricity power object are rare. He and his best friend were living across the prairies, and talked to each other every night via morse code. I found that fascinating that this was his reality in the 70’s in morocco, and the use of this almost dead language»